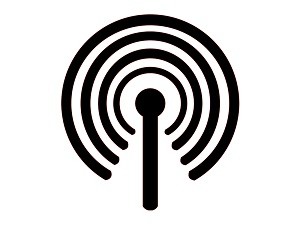 Do you use an Android App called ‘WiFi Finder’?  If so, be advised that your network password has likely been exposed, based on research conducted by Sanyam Jain, of the GDI Foundation.

He reported his findings to Zack Whittaker of TechCrunch, and the two of them spent more than two weeks trying to contact the Chinese-based developer to no avail. When that effort failed, they contacted DigitalOcean, the company hosting the database, and they promptly pulled it offline.

As to the app itself, WiFi Finder is very good at what it does, and it does what the name suggests. It searches for WiFi hotspots and maps them, giving users the ability to upload all their stored WiFi passwords.

Unfortunately, the app isn’t picky.  It makes no distinction between public and private hotspots.  If your neighbor has an unprotected router, it’ll show up on the list.

According to statistics obtained from Google, WiFi Finder has been downloaded more than 100,000  times. Given how many WiFi hotspots there are all over the world, each user is bound to have a dozen or more mapped by the app, which translates into a lot of hotspots in the database, considering the size of the database Jain found.

If there’s a bright spot to be found in the incident, the database did not include contact information for the WiFi owners. However, it did contain geolocation data, and of course, if you saved your passwords in the app, then that was included as well.

If you’re currently using the app, to be safe, you should probably delete it and find a better option. Then change your Wi-Fi passwords, as there’s no telling who may now have access.

Google has some good news for PC users who surf the web using their Chrome browser.  Google is adding... read more

A few new variants of the Agent Tesla info-stealer malware have been spotted in the wild and should be... read more

Zynga is a wildly successful gaming company with a number of hit titles under its belt including FarmVille, Words... read more

Microsoft's Digital Crimes Unit (DCU) recently played an instrumental role in taking down a botnet made up of more... read more

One of the most common means by which malware winds up on the computers of its victims is via... read more

JCrew Retailer Customers May Have Had Information Accessed

Another week, another data breach. This time, the target being US clothing retailer J. Crew. The company announced that sometime... read more