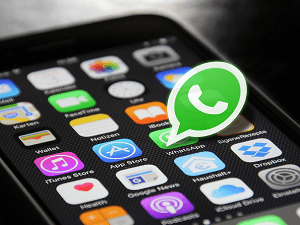 WhatsApp is the most popular messaging platform in the world.

Unfortunately, that means it’s got a giant bullseye on it where hackers are concerned.

In recent months, the company has faced no end of troubles as a raft of vulnerabilities have been exposed and exploited by hackers from every corner of the globe.

The company is still reeling from the blowback associated with these various issues, but their troubles don’t seem to be over yet.  Just last month, WhatsApp quietly found and patched another vulnerability.  This one is tracked as CVE-2019-11931. It is a stack-based buffer overflow issue relating to the way that older WhatsApp versions parsed MP4 metadata, allowing attackers to launch denial-of-service or remote code execution attacks.

All a hacker needed in order to exploit the flaw was a target’s phone number and a specially crafted MP4 file. It just had to be constructed in such a way that it installed a backdoor upon opening.  From there, a wide range of malware could be installed at the hackers’ leisure.  Worse, this vulnerability was found in both the consumer and Enterprise versions of WhatsApp for all major platforms, including Windows, iOS, and Android.

An advisory bulletin was recently published by WhatsApp’s parent company, Facebook. See the list of versions they provided below.

If there’s a silver lining here, it is that the company has confirmed that there have been no instances of this exploit having been used ‘in the wild’ and the company has already issued a patch.  If you’re one of WhatsApp’s legions of users, check to be sure you’re running the latest version. If not, update immediately to be on the safe side.

People like and tend to gravitate to Apple products because the company has gone to great lengths to make... read more

Wireless connectivity is becoming a victim of its own success. Every year, the appetite for bandwidth grows, but of course,... read more

If you have a need for speed, you'll be thrilled to know that USB 3.2 is on its way.... read more