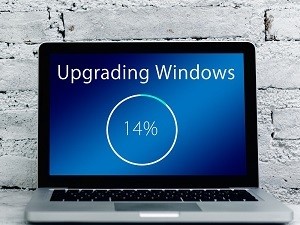 According to a recent FBI alert marked “TLP: AMBER,” businesses should be on high alert for ransomware attacks.

The alert reads, in part, as follows:

“Since January 2019, LockerGoga ransomware has targeted large corporations and organizations in the United States, United Kingdom, France, Norway, and the Netherlands. The MegaCortex ransomware, first identified in May 2019, exhibits Indicators of Compromise (IOCs), command and control (C2) infrastructure, and targeting similar to LockerGoga.

The actors behind LockerGoga and MegaCortex will gain a foothold on a corporate network using exploits, phishing attacks, SQL injections and stolen login credentials.”

Once the attackers gain a toehold inside a target network, they’ll carefully explore and map the target network, seeking out the most sensitive information including proprietary company data, payment card information and other customer details and the like.

The goal here is to identify the highest value information that can be exfiltrated to the command and control server for sale on the black market. Finally, when all of the most valuable information has been siphoned from the network, the hackers will trigger the ransomware itself, which they’ll use to gain an additional payment, extorting the affected organization.

The FBI also reports that hacking operations carried out by nation-states often deploy ransomware to make it appear that the attack is the work of traditional cybercriminals, throwing forensic investigators off of their trail.

The process of network mapping and exfiltrating valuable data can take weeks or even months, depending on the size of the network. So, organizations may be infected long before the visible signs of the attack become evident. Given that, it’s more important than ever to have robust security system in place. You should have remote backups taken at regular intervals and a rapid response plan in place in the event of a breach.

A small but growing number of people have been making the switch to MS Office clones like Apache's OpenOffice... read more

Nemty Ransomware isn't an especially well-known threat, but it's dangerous and should not be discounted. Recently, researchers have discovered... read more
MENU