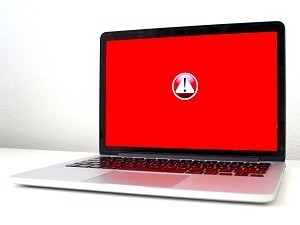 Researchers have discovered a devilishly clever new stain of malware currently in use by hackers around the world. The new strain is appropriately called “Lucifer,” and has been making life quite difficult for IT professionals managing Windows environments.

The latest version (2.0) of the code was discovered by researchers Durgesh Sangvikar, Zhibin Zhang, Chris Navarrete, and Ken Hsu, on May 29, 2020. They discovered it while investigating the exploit of CVE-2019-9081, which is a deserialization bug in Laravel Framework that can be used to conduct RCE (Remote Code Execution) attacks.

Their research revealed that CVE-2019-9081 is just one of many critical security flaws Lucifer exploits, including:

If there’s a silver lining to be found, it is in the fact that all of these flaws have already been addressed via patches. So it comes down to making sure your software is up to date and running the latest and greatest security patches. The researchers who discovered it say that there are ongoing campaigns that are currently wreaking havoc on unpatched systems and urge all system admins to make sure the software they’re running is patched as soon as possible.

In practice, Lucifer 2.0 works by scanning for open TCP ports 135 (RPC) and 1433 (MSSQL). When it finds a potential target, it will use credential-stuffing attacks to gain access to the targeted system. Once it gains a foothold, it installs XMRig, which is a program used to covertly mine Monero (XMR) cryptocurrency. Additionally, the malware connects to a command and control server where it can receive additional instructions.

As we said, it’s a serious piece of work and not to be taken lightly.

Security researchers at Sophos Labs have alerted Google to the presence of more than two dozen apps on the... read more

LokiBot burst onto the scene in 2015 and has earned a reputation as being powerful. This fearsome trojan is... read more

New Dangerous Malware Is Disguising Itself As Fortnite Launcher LokiBot burst onto the scene in 2015, and has earned a... read more

If you've installed Microsoft's March 1st update for Windows 10, version 180G, be aware that a growing percentage of... read more

Do you have the new Windows 10? If you're not sure, the most recent version (as of the time this... read more

Staples May Have Exposed Some Of Its Customer Data

If you're a customer of US retail chain Staples, you may have recently received a notification from the company... read more

Microsoft recently confirmed that the login credentials of one of its customer support agents were compromised. This allows unknown third... read more