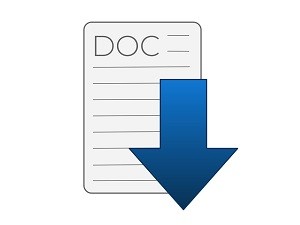 A small but growing number of people have been making the switch to MS Office clones like Apache’s OpenOffice and LibreOffice.

The thinking is that they can get the same core functionality but avoid many (if not most of) the costs, bugs, flaws, and weaknesses that have plagued Microsoft’s offering. This situation is often seen as low-hanging fruit by hackers around the world, given its enormous user base.

Unfortunately, that strategy has its limits. Given the vast similarities in functionality all of these programs share, they’re bound to have similar code in many areas. This is, in fact, what security researchers are discovering.

Recently an independent Austrian researcher named Alex Infuhr discovered a vulnerability in both of the aforementioned programs that allowed attackers to co-opt the programs, via something called path transversal. That allows code to move beyond its current directory and into some other. This can be accomplished by sending poisoned files to an unsuspecting user. The only interaction that was required was for the target to hover their mouse over an invisible link, which is incredibly easy to do.

Once word got out, another researcher, John Lambert, provided additional proof of concept samples of the same flaw. LibreOffice moved quickly to patch the bug, but so far, Apache’s OpenOffice remains vulnerable.

The bottom line here is this: If you’re using an Office clone thinking that you might avoid many of the hacks used against MS Office, you’re probably not as safe as you imagine yourself to be. Worse, the people in charge of the codebases of those clones may not respond to threats as quickly or as decisively as Microsoft does.

That’s not to say you should discontinue the use of MS Office alternatives if you’ve already got them installed across your network. Just be mindful of the fact that they’re just as vulnerable as Microsoft’s solution.

Google announced a pair of important security features of upcoming versions of its Chrome browser at this year's I/O... read more

Microsoft has recently rolled out a small but important change where USB connected devices are concerned.  The changes have... read more

Researchers at CheckMarx recently discovered some serious security flaws in the popular LeapPad Ultimate tablet. The tablet was designed by... read more

Did you get your Google Nest Security Camera system used or second hand?  If you did, be sure your... read more