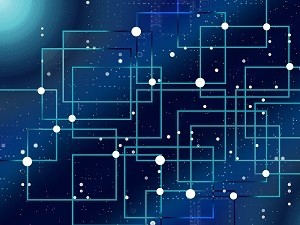 Jeremiah Fowler, a researcher with Security Discovery recently found an unprotected Elasticsearch database owned by a company called SkyMed on the internet.  According to his findings, the database was configured such that it was open and visible to any browser. This allows anyone who stumbles across it to edit, download, or even delete data without administrative credentials.

The database contained a total of 136,995 patient records with histories going back thirty years in some cases.

It also included a variety of personally identifiable information such as the:

Mr. Fowler promptly contacted SkyMed to inform them of the discovery. To their credit, the company promptly took the database offline.  They did not, however, make a formal reply to Mr. Fowler. They have not, to this point, reached out to any of the patients whose names and personal information appeared in the database.

In addition to the unprotected database, Mr. Fowler discovered forensic evidence that indicated the company’s network may have been infected with an unknown ransomware strain.  Again, however, the company has maintained total silence and has not contacted anyone, including their customers or impacted patients with details.

This complete lack of response is highly unusual.  On the heels of such an incident, we normally see a formal acknowledgment, an apology, a statement to the effect that the company is working with law enforcement and possibly engaging the services of a third party to assist with the investigation.  In addition to that, companies almost always make some effort to reach out to impacted parties to warn them of the dangers, advise of the next steps they can take, and offer free credit protection.

None of that has happened thus far, which could prove to be disastrous for SkyMed.  In the absence of those steps, it’s difficult to see how the company’s customers can trust them going forward.  In any case, be advised that if you are in any way reliant on SkyMed for any part of your care, there’s a chance your personally identifiable data was exposed.

The Web Browser Wars Have A Clear Winner In 2020

It's notoriously difficult to get reliable statistics on web browser usage. While there are sites that purport to track such... read more

Gmail Users Will Get Updated Spelling and Grammar Assistance

There are changes afoot in Gmail designed to help improve the quality of your writing using new AI features. These... read more

Nemty Ransomware isn't an especially well-known threat, but it's dangerous and should not be discounted. Recently, researchers have discovered... read more

Recently the US branch of the global telecom company T-Mobile disclosed a security breach that impacted a small percentage... read more

If you have a need for speed, you'll be thrilled to know that USB 3.2 is on its way.... read more