Videos In Google Photos Accounts May Have Been Exposed 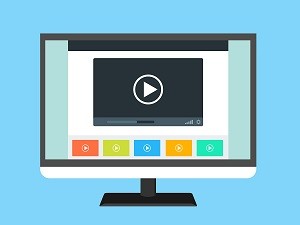 Security lapses can happen to any company, large or small. No one is immune. Not even Google. Recently, the company began sending out email notifications to some users explaining that a bug in their system caused their videos to be shared with other users.

Their email notification reads in part as follows:

In particular, the issue is centered around the Google Takeout service and occurred between November 21st, 2019 and November 25th, 2019. Any user who used Takeout during that period may have received videos that do not belong to them.

The company spotted and fixed the issue, so there’s nothing to worry about going forward. However, if you used Google Takeout during the dates mentioned above, you’ll want to do another import now to be sure you got everything.

This is a big deal for a few different reasons. Naturally, people who store their photos and videos on Google Photos expect them to remain private. Clearly, in this case, that didn’t happen. If you use the service to store videos that you don’t want anyone to see, that could be a problem.

It also underscores the inherent risks involved in storing your data in the cloud. Yes, it’s convenient. Yes, it saves space on your phone. Those are good things, but there’s a trade-off, and sometimes, that trade-off is a painful one.

There are no perfect solutions here. Although such lapses in security are rare at Google, they do happen. They’ll continue to happen. Each person using cloud-based storage solutions will have to come to find his or her own balance between privacy, security, and convenience, which is no easy task.

WhatsApp is the most popular messaging platform in the world. Unfortunately, that means it's got a giant bullseye on it... read more

New Dangerous Malware Is Disguising Itself As Fortnite Launcher LokiBot burst onto the scene in 2015, and has earned a... read more

A team of security researchers has uncovered a serious flaw in several major email clients you need to be... read more

Google's first attempt at making it possible for Android users to share files with each other was called Android... read more

One of the most common means by which malware winds up on the computers of its victims is via... read more