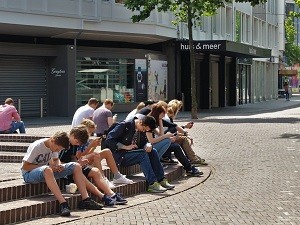 Zynga is a wildly successful gaming company with a number of hit titles under its belt including FarmVille, Words with Friends, Zynga Poker, Mafia Wars, and Café World.

Their titles boast more than a billion players, worldwide, which is a number that would make most gaming outfits green with envy.

Naturally, their success has painted a giant target on the company. Recently, a Pakistani hacker going by the alias Gnosticplayers has claimed that he successfully breached Words With Friends and made off with a massive database containing information on more than 218 million users.

It doesn’t appear to be an idle boast.  Recently Zynga acknowledged that they had been breached and that a variety of data was stolen from certain players of Draw Something and Words With Friends.

For his part, Gnosticplayers has been quite forthcoming, even providing The Hacker News with a sample of the stolen data, which includes:

He also boasted that he made off with data belonging to some 7 million Draw Something users, and in this case, revealed that the data he stole contained plain text passwords.

Zynga issued a statement which reads, in part, as follows:

“An investigation was immediately commenced, leading third-party forensics firms were retained to assist and we have contacted law enforcement. As a precaution, we have taken steps to protect these users’ accounts from invalid logins.  We plan to notify players as the investigation proceeds further.”

If you play either Words With Friends or Draw Something, you should change your password immediately and be on the lookout for phishing scams aimed at you in a bid to try and extract even more information from you.

Driver In Some WiFi Devices Could Allow Hackers Access

You almost certainly do not know the name Hugues Anguelkov.  He's an intern working for Quarkslab, where he spends... read more

The hacking group calling themselves 'The Shiny Hunters' has been busy. Recently, they put databases containing user records from... read more

Amazon has a problem. If you're an Amazon shopper, that means you have a problem. The company recently revealed that more... read more

Billions Of Breached User Credentials Are Available For Purchase

On a regular basis, we see headlines talking about how this or that company got hacked and X number... read more

Skype is introducing a new feature to its video call service that users have been asking about for quite... read more

It's the end of an era.  Way back in 1995, a company called Macromedia released the iconic Shockwave player,... read more