Toshiba Will No Longer Make Laptops 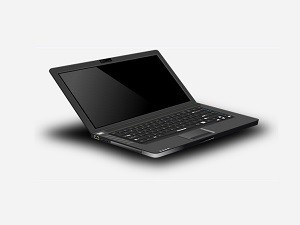 For the past three decades, Toshiba has been a major player in the laptop market.

Toshiba released its first laptop in 1985. Their famous T1100, which was sold in Europe, was one of the first laptops to make use of floppy disks. Based on their success with that model, they quickly expanded their operation and began selling laptops in the US and Japan.

Recently though, the Japanese powerhouse has reported that they’re exiting the laptop business.

According to a recent announcement by Toshiba:

“On June 30, 2020, under the terms of the share purchase agreement, Sharp exercised a call option for the remaining outstanding shares of Dynabook held by Toshiba, and Toshiba has completed procedures for their transfer.”

That’s significant because Dynabook is (or was) the division responsible for the production of Toshiba’s laptops. As of now, Sharp owns Dynabook, lock, stock, and barrel.

The company has developed and sold a number of popular models over the years. However, Toshiba struggled in the face of stiff competition from a variety of other players in the industry. In 2015, the company faced a massive accounting scandal that cost them more than two billion dollars.

In the face of that scandal, they retrenched and restructured, selling a portion of their business to Sony to raise cash. Unfortunately, although the company made a heroic effort, it simply wasn’t enough and though the business limped along for a few years after that, the writing was clearly on the wall.

It is then, the end of an era. If you currently own a Toshiba laptop, treat it with care. Although Sharp may provide some support for those currently in service, if they do, it won’t be for very long. After that, if anything goes wrong, you’ll be on your own.

You probably aren't familiar with the name Ata Hakcil. He's a computer engineering student who recently conducted one of... read more

Security researchers at Sophos Labs have alerted Google to the presence of more than two dozen apps on the... read more

Even companies that are normally quite good at providing security for their users occasionally wind up with egg on... read more

Google announced a pair of important security features of upcoming versions of its Chrome browser at this year's I/O... read more

LokiBot burst onto the scene in 2015 and has earned a reputation as being powerful. This fearsome trojan is... read more

The Paradise ransomware is like a bad penny; it just keeps turning up. The strain first appeared back in 2017,... read more

Your Google Calendar Settings May Be Sharing Your Info

Twelve years ago, Google introduced a new feature to Google Calendar that allowed users to share their calendars with... read more
MENU