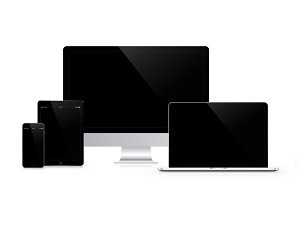 If you’re a Mac user and looking for next-level antivirus protection, we’ve got some potentially good news.

To reflect the product’s move away from offering protection exclusively to Windows-based systems, the company tweaked the name of the product.  It is now called simply “Microsoft Defender ATP.”

The newly minted version of the software is currently available for Macs in limited preview form and represents the latest in an ongoing expansion effort.  Last month, the company rolled out a version that extended its impressive protection to both Windows 7 and Windows 8.1.  Future plans will include a further expansion to also provide protection to Linux-based machines.

At this point, Admins can install Microsoft Defender ATP on the following macOS versions:

Individual users will have the option to configure advanced settings in the software unless their admins specifically disable that functionality.  The code also includes an auto-update feature that can be toggled by an Admin.

If you’re an admin working in a Mac environment, you might not see a particular need for the new software. However, Microsoft pointed out in the bulletin they released with the announcement that Defender can detect KeRanger, which was the first ransomware strain to target the macOS.

In any case, more security options are generally better than fewer, and Microsoft has long been a favorite target of the hacking world.  Love them or hate them, they do know a thing or two about security, especially at the enterprise level. Most insiders hail this move as a good one.

All that to say, if augmenting system security figures highly in your near term plans, and it probably does, this could be an excellent addition to your arsenal.

According to a recent FBI alert marked "TLP: AMBER," businesses should be on high alert for ransomware attacks. The alert... read more

Google has some good news for PC users who surf the web using their Chrome browser.  Google is adding... read more

The hacker who calls himself 'Gnosticplayers' has been busy and prolific.  Over the years, he's sold more than one... read more

If you haven't already installed the 1903 Windows 10 update released in May, be advised. When you install it, you'll... read more

Some people just want to watch the world burn. That seems to be the reason behind the recent attacks... read more